Four Reasons Why You Shouldn't Miss this Year's American Eclipse

Much to eclipsegoods.com’s surprise, this year’s eclipse doesn’t seem to be hitting the collective American radar like we think it should. Lemme start off by asking you a question. If you were to ask your friends if they’ve ever seen an eclipse, or a total solar eclipse for that matter, how many do you think would respond with yes? 50%? A third? 10% of all your respondents? It’s a very low percentage you would say, right?

We think most astronomers, solar eclipse chasers, and enthusiasts would agree. I mean, total eclipses happen once every 360 years for any given location.

And, yet, despite its infrequency, nobody’s clamoring to get prepared or talking about throwing big parties.

To us, it’s like having your hometown NFL team start off their season horribly by losing a significant amount of games. Then, mid-way through the season, things start to change. They start making wins. Before you know it, your team goes through a roller coaster of a season to end up at the SuperBowl against your rivals. Then, while pre-gaming at a local bar, you encounter an old buddy that says he’s got an extra ticket to the game, and he says he’s looking for someone to take it. Are you going to pass on the offer?

Well, the August 21st solar eclipse is just like that. It’s a rare celestial occurence, and this particular solar eclipse has a couple of attributes that should make everyone sit up and take note–or at the very least–plan to take the day off. Did I mention it doesn’t cost the price of Super Bowl ticket to attend? If you’re in Nashville, Tennessee you can just walk outside. Free entertainment, guys!

So, here are four reasons why you need to take Monday August 21st, 2017 off and see this thing. I mean, what important business matter, school function, or grocery errand takes precedence over an event our ancestors perceived as omens.

Reason 1: This is a total eclipse.

Just so we’re clear on this, there are three types of eclipses, and August 21st’s is the best kind: a total eclipse.

Total eclipses are when the moon completely obscures the sun. You get that drop in temperature, close-to-night-time silence that you typically think of when people talk about eclipses. This is the most spectacular of eclipses and among the rarer of the types.

Like we mentioned earlier, total eclipses only come around every 360 years for a particular location. 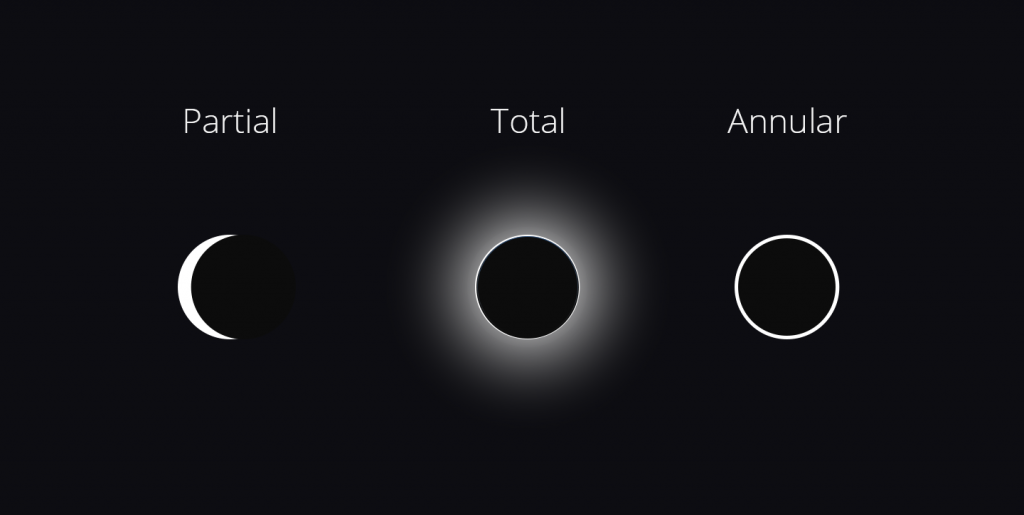 What’s the difference between “total” and “annular”? Well, in annular eclipses the moon isn’t at the right distance to cover up the entirety of the sun. Total eclipses, on the other hand, will obscure pretty much all of the the sun–like 99.99% of it.

As you can see, partial eclipses just ain’t the same. We should mention that those outside the path of totality will still get to see a partial eclipse.

Reason 2: Like Miss America’s sash, this solar eclipse’s path will cover the continental United States from the northwest to the southeast.

Why is that important? Well, for one, most Americans will be easily within one day’s traveling time from the path of totality. What’s the path of totality? Just know that it’s the small 200-mile wide strip of land where you’ll get darkest and coolest experience of a total solar eclipse. Outside of this path, you don’t get full effect.

This event starts off our west coast and make landfall in Oregon. Then, the eclipse will go through Idaho, Wyoming, Nebraska, Missouri, a sliver of Illinois, Kentucky, Tennessee, a little bit of North Carolina, and then leave South Carolina before it ends in the Atlantic ocean.

To help explain the uniqueness of this path, check out these images of all the previous solar eclipses that were visible from the United States up until today: 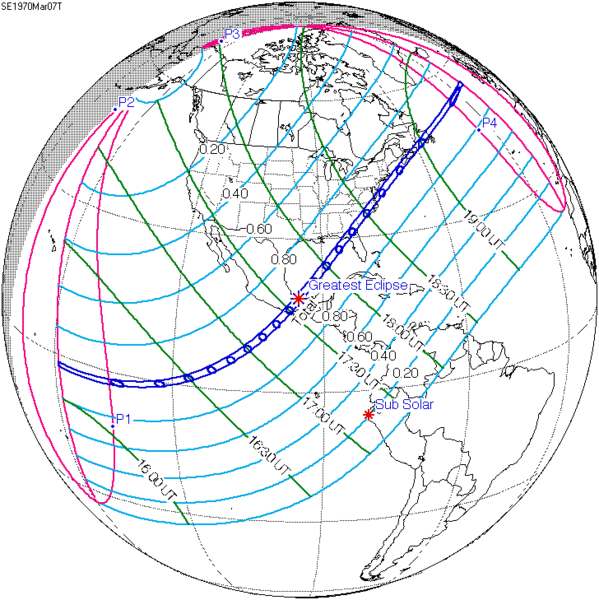 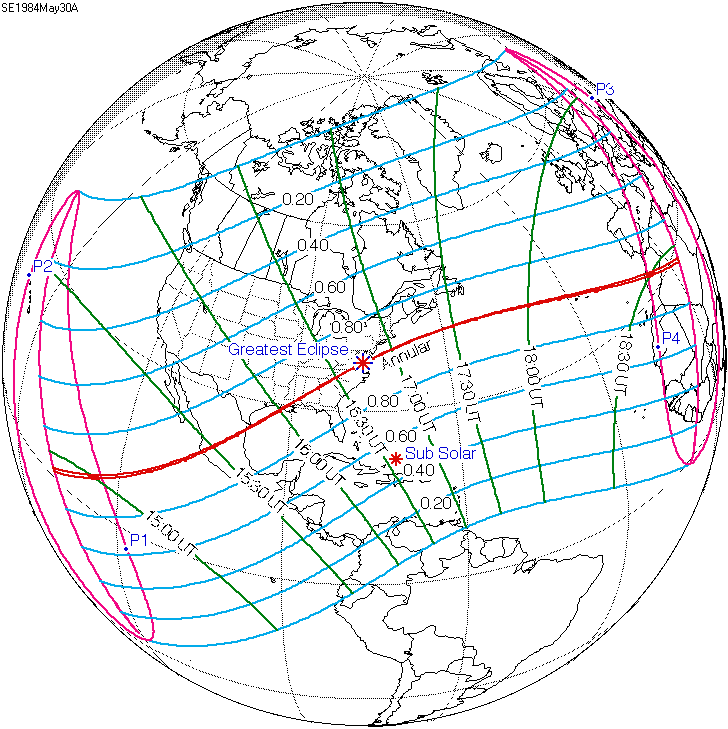 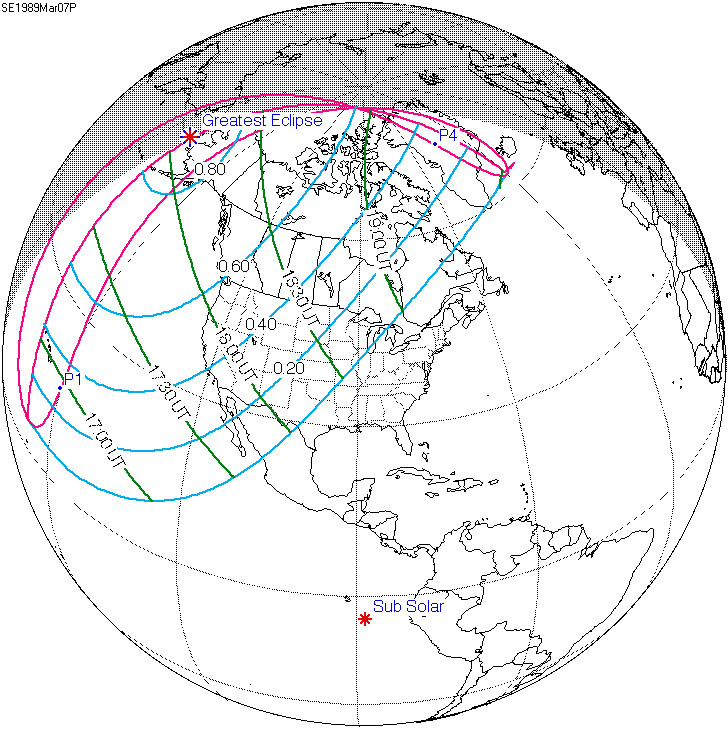 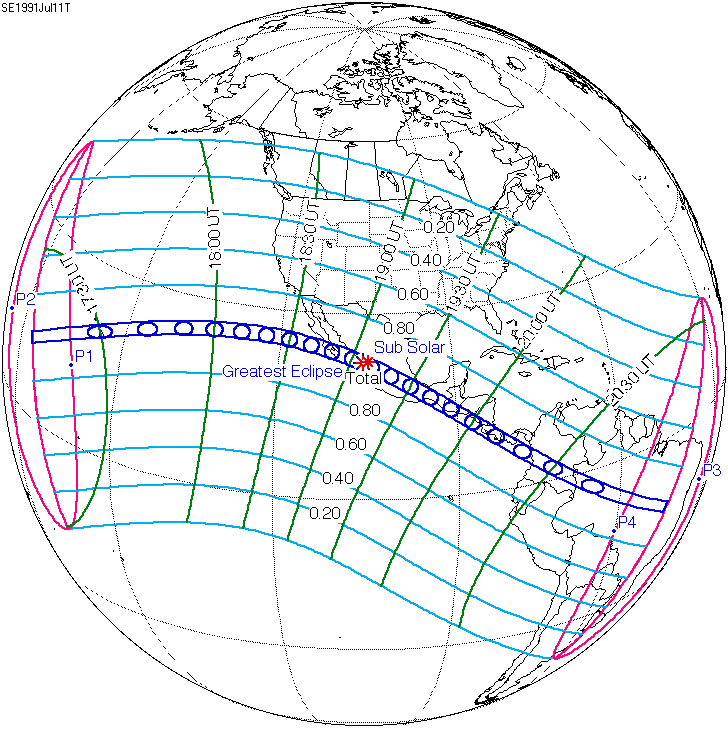 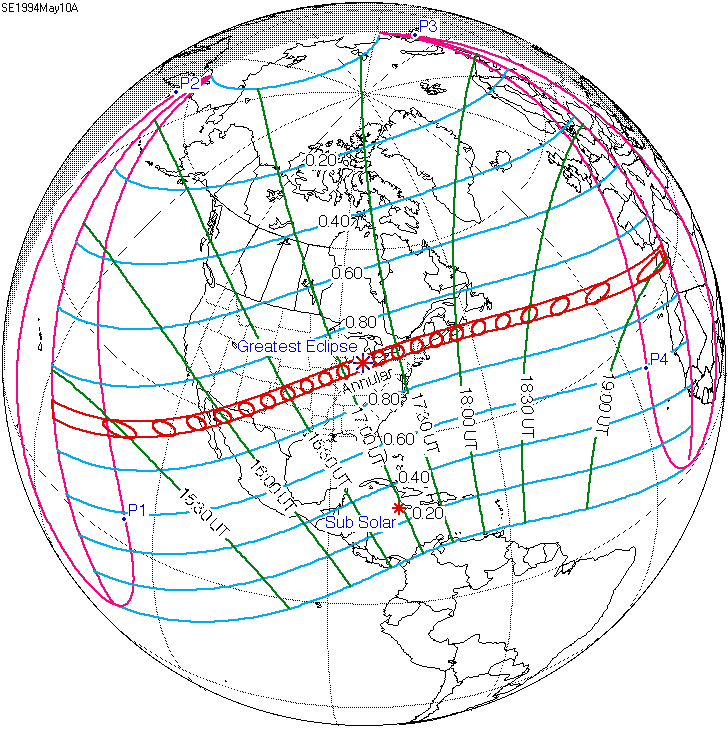 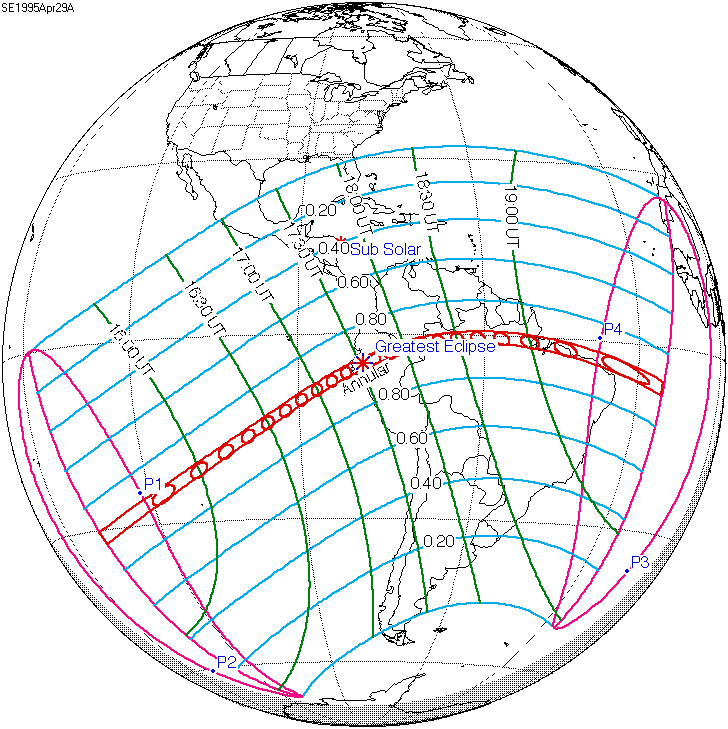 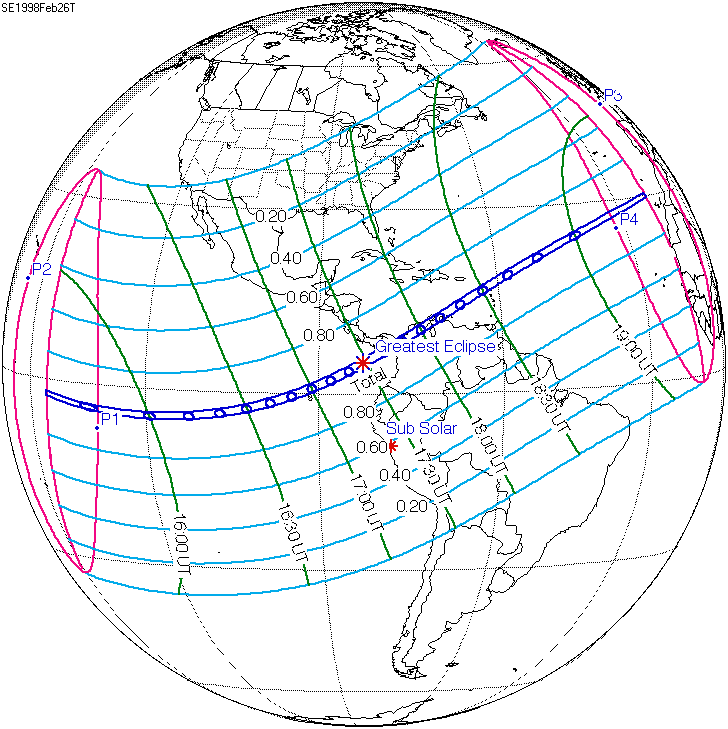 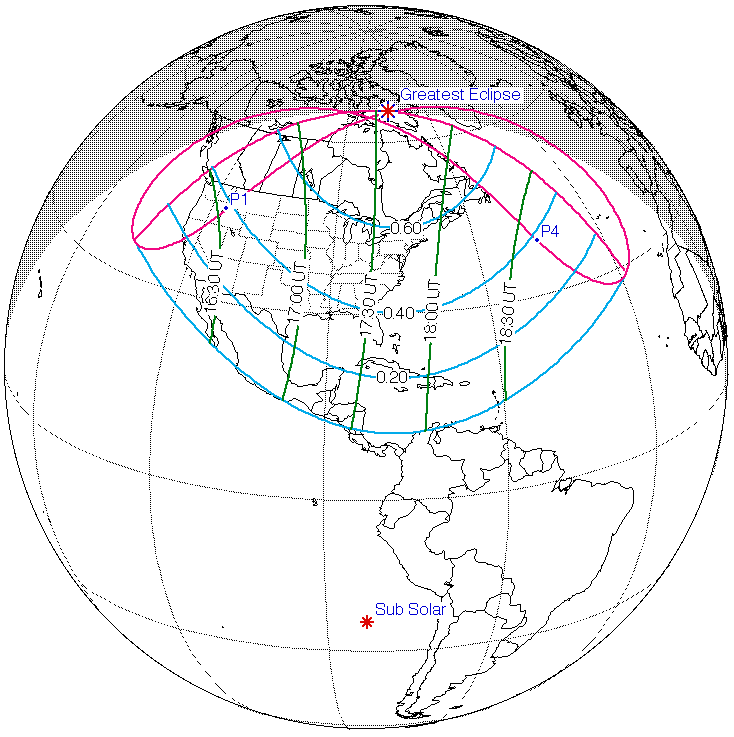 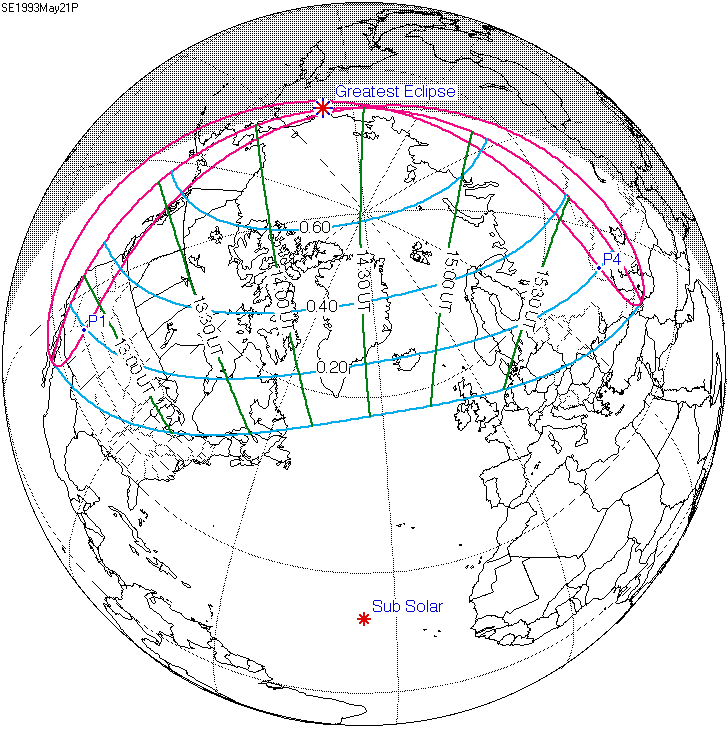 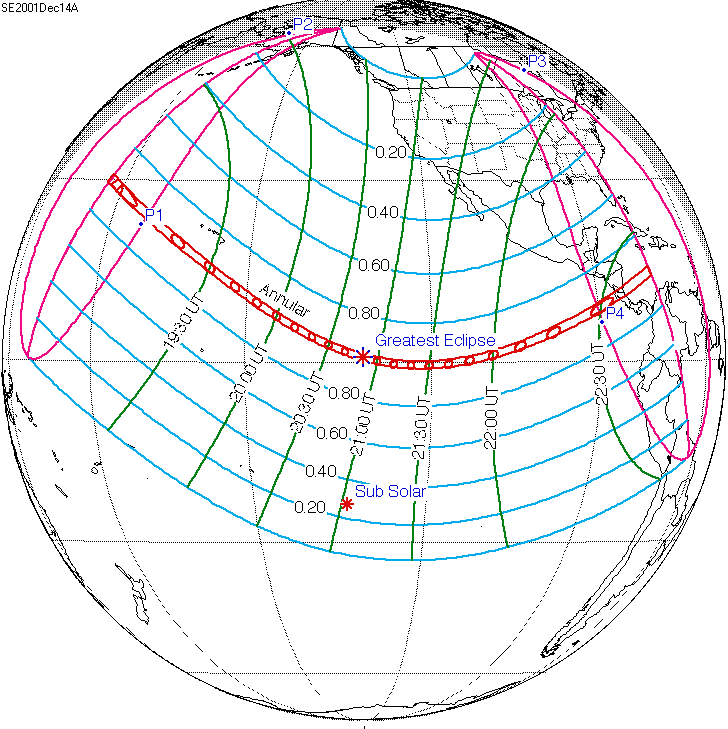 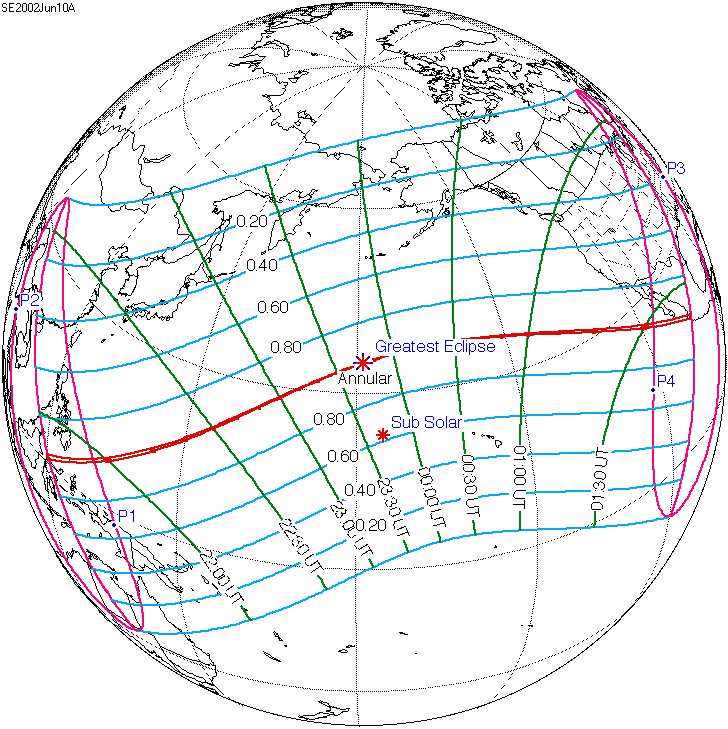 This solar eclipse’s path is a thing of beauty. It’s what solar-eclipse chasers are calling “an easy one”. You don’t have to book cruise to go to the middle of the Pacific. You don’t have to go to some remote part of Mongolia. It’s right here on almost everyone’s doorstep! Sorry, Hawaii & Alaska, you got shafted this time.

In short, a great number of cities in the US will get to enjoy a perfectly suitable partial eclipse or be very close to seeing the best kind of eclipse, a total one.

Reason 3: There’s a good chance we’ll all get good weather.

As you probably know, eclipses happen year round. What can that mean? Well, sometimes you can get an eclipse during the rainiest part of the year. Clouds are no good for stuff that’s happening in space!

August 21st is during the summer for the northern hemisphere, so for a lot of the places on the path, we can expect a good chance of little to no clouds obscuring the celestial event.

The last total eclipse that ran over the contiguous United States was in 1979. Unfortunately, it wasn’t a well situated eclipse. Only a portion of it actually crossed US soil, and in some of the parts where it did, skies were cloudy. Bummer. 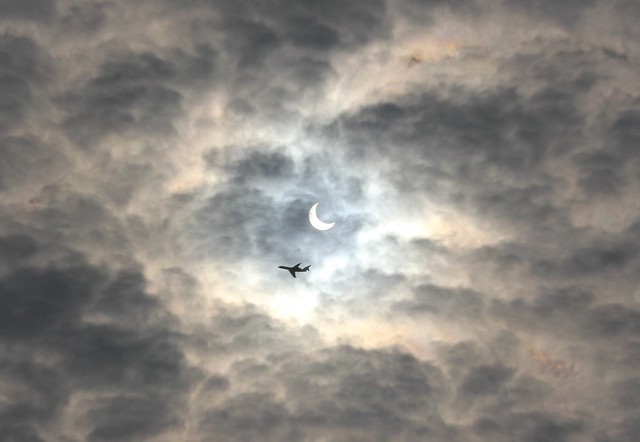 An eclipse behind cloud cover. No bueno. Photo by ivva.

Nothing ruins months of planning and anticipation like things out of your control. In a general sense, there’s a low a probability of weather interfering the August 21st’s solar eclipse.

Reason 4: The point of longest and greatest eclipse happens to be in the continental US.

Essentially, the apex of the eclipse is happening over our country, and that means we get to see the longest and best parts off the solar eclipse.

How does 2 minutes and 41 seconds of pure apocalyptic darkness sound to you? Long enough to sacrifice a firs…I mean, chug a bear, right!

As it turns out, these points end up being outside our national boundaries, like in July 11th, 1991–not this year though. We get it all!

In short, a lot of the enthusiasts and solar eclipse chasers are really excited for this. Given all these attributes, some are saying it will be one of the most, if not the most, viewed solar eclipse in mankind’s history! With it’s location over so many well-populated areas and the advantages of streaming & content sharing platforms like SnapChat and Periscope, this eclipse will be shared by millions! Don’t be left out!

eclipsegoods is a participant in the Amazon Services LLC Associates Program & Society6 Curator Program. Both are affiliate advertising programs designed to provide a means for sites to earn advertising fees by advertising and linking to eclipsegoods.com.